Lamar Odom and the Quest for Peace 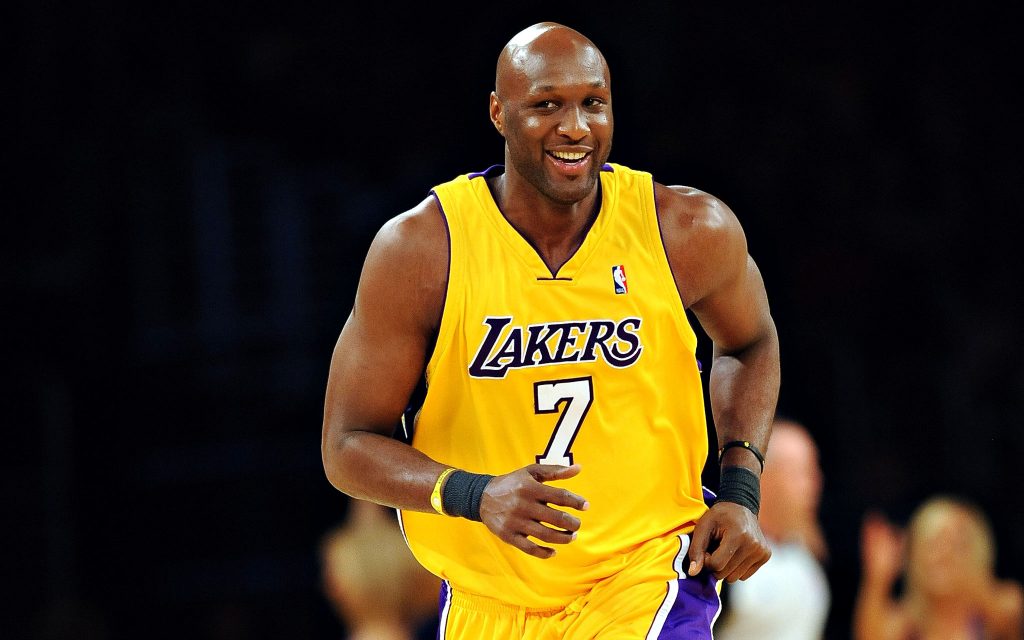 There he was…quiet yet exuding so much “story.” You instantly know that it has not been an easy road.  Despite the bright lights that shine as a professional basketball player, something deep, valuable, and relentless was there.

Although we were never “friends,” I’ve experienced Lamar’s energy on so many occasions.  As part of the Lakers public relations team, not only do you see your own players up close and personal, but you’re also lucky enough to share a stadium with the Clippers.  The ultimate bonus: you often bump into one of the best “big man ball handlers” the game has ever seen.

And because he is a real life human being in my eyes, the past weeks have been tough for me.  I struggle with journalists and social media pundits who dismiss his struggles and tie them into a neat little box: Addict.  Is it true?  Yes.  Does it sting to have his story reduced to six letters? Absolutely.
Personal responsibility is my creed, my motto, the driving force behind my quest to knock down goals and live a happy life.  Yet still, empathy thrives in my veins.  Thanks to a 24-hour news cycle, we now have access to the lives of public figures at the click of a button and that access paves the way for  brutal criticism.
I am fair enough to say that Lamar has made troubling decisions.  I am also honest enough to say that, had life thrown the same vicious curve balls at me, I’m not so sure I’d be writing this blog with my biggest worry being “What’s for lunch?”  You see, Lamar made the decision to become a brand.  In addition to playing for one of the most beloved sports franchises in the world, he added “reality TV star” to his list of achievements, further paving the way for folks to slice and dice his mistakes like surgeons.  Then there is Khloe…The ultimate human to brand story.  Her intentions could be as pure as Mother Teresa yet because of the entrepreneurial path she chose, the door is wide open for gut-wrenching name calling and criticism.
So many people strive for fame.  But in becoming a brand, the audience frequently reduces your humanity.  Why?  because you’re a brightly colored JPEG on a screen.

Yes, he chose to leverage his celebrity to further his wife’s brand but that doesn’t dismiss the flesh that makes him just like you and me.

I wish Lamar luck.  But most of all, I wish him peace.

————————————-
Farrah Parker is a communication professional who started her career with the Los Angeles Lakers and has managed press for entities including the Jackie Robinson Foundation, Shaquille O’Neal’s SHAQtacular & SHAQ-a-claus charity events, the National Black Police Association, and the Los Angeles Dodgers Foundation. Her expertise has been featured in international publications including the Wall Street Journal, Fox Business News, Toronto Star, and CNN.com.